Palenque - A paradise in the jungle

WOOAAAACH...I'm ripped from my sleep by a crazy loud noise! Outside it is still pitch dark night, but the view of my mobile phone reveals that it will soon be bright. I rub my eyes, look over at Mathias, who is still asleep deeply and firmly, and listen very carefully once more: dead silence...then the usual, so chirping and soft whistling of the early birds. For a short moment I wonder if I had a bad dream. Just as I closed my eyes again and dozed off, I heard it again, this threatening sounding deafening WOOAAAACHCH!

This time it was very close! When I notice some objects falling on Baloo's roof, I shake Mathias awake. "Did you hear that too?" - "Hmh? What? What is it? Leave me alone" - Unbelievable, he can sleep there now! "Listen to me" and then comes the next WOOAAAACHCH!
What the hell is that noise? I go through all kinds of animals I know and their sounds in my mind. But in this case my brain only spits out a big question mark. The most likely figure from Jurassic Park comes to my mind, but assume that we would have gotten if a few dinosaurs had survived here in the jungle of Mexico.

Last night we arrived in Palenque. 6 hours drive, humid tropical climate, oppressive heat and countless topes and vibradores (the same, only small) are stuck in our bones, so that we soon went to sleep after arriving at the camp. After a night with monsoon-like rainfalls (NO - our car is not tight and YES - it has rained in), I stand wide awake in the puddle that has formed on our floor and try to recognize something in the jungle around us.

I don't know which (not extinct) species can make such noises, but they must be huge animals! Jaguar? Bears? Tigers? Does this even exist here?
When the first daylight falls, I jump out of the car - armed with bear spray for safety and camera for taking evidence - and disappear into the rainforest. There is a mystical atmosphere, as the morning light falls through the dense trees and fog is hanging deep in the air. I stomp over leaves, roots and between fallen branches as I suddenly hear a rustling sound above me in the trees. After that: WOOAAAACH.

I look up with lightning speed and scan every tree with my eyes. DA! I could see something black. I go a little further to approach the unknown object. That is, that is ... a monkey. More like a monkey. Small and sweet and cute. A cute cute little howler monkey, to be exact. WOOAAAACHCH, there he goes again. He inflates his jaw, blows the air in and then screams what the stuff holds. Then more come and jump from branch to branch and from tree to tree, skilfully swinging through the air. Meanwhile Mathias has also got up and we watch together in amazement the acrobatic arts of these little creatures until our necks hurt.

A little later we follow a hint from Heiko - an old hippie who wore his half-torn boxer shorts a bit too far below the belt line for my taste - to the ruins of Palenque and take the recommended "secret entrance", which leads over stairs through the jungle and not via the main entrance to the excavation site. The tip proved to be absolutely right, as we were already on the site a little before the official opening hours and had the ruins to ourselves for a short time - apart from the many vendedores who were spreading their junk on hundreds of blankets and tables along the paths. We also saw some toucans on the way, which made our hearts beat faster as wildlife enthusiasts.

Palenque - A paradise in the jungle 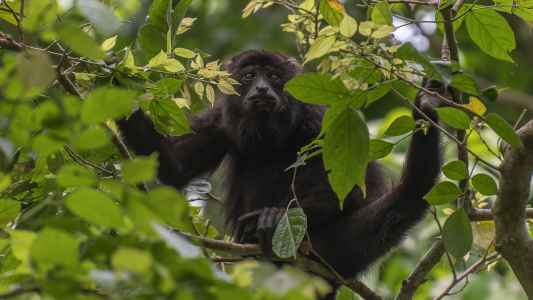 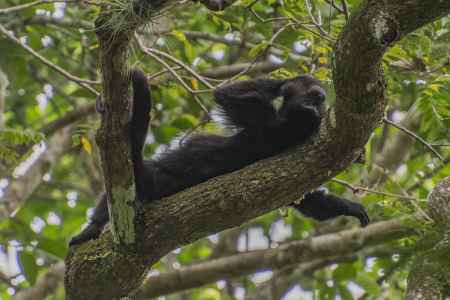 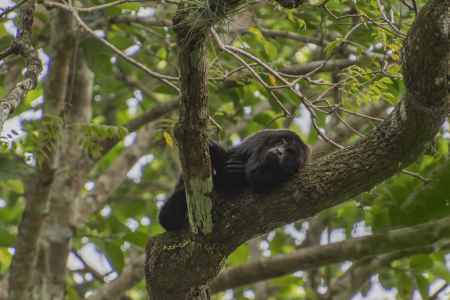 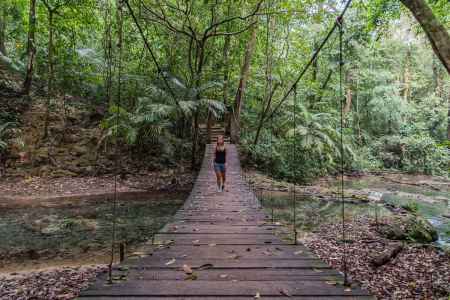 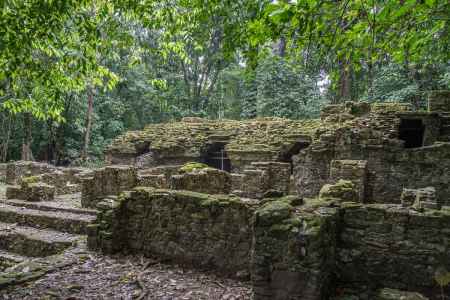 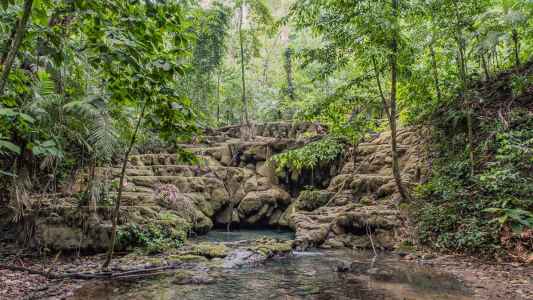 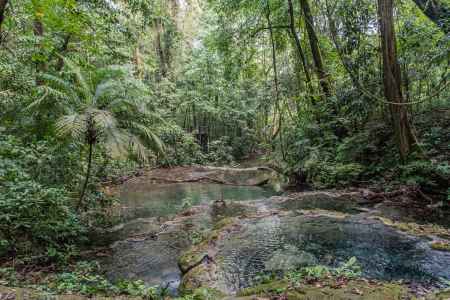 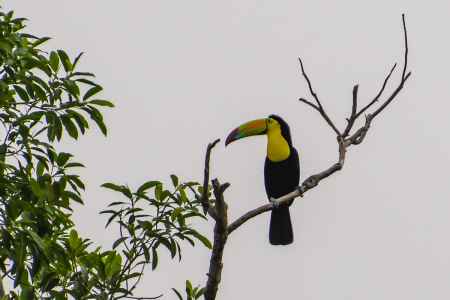 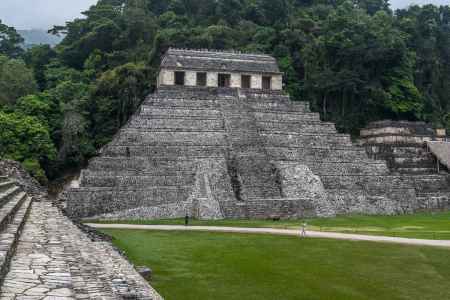 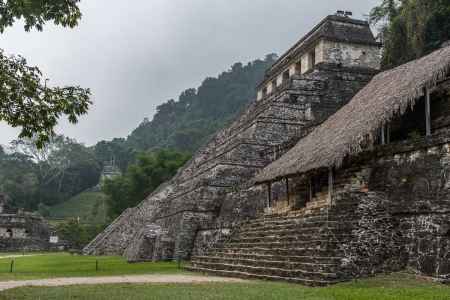 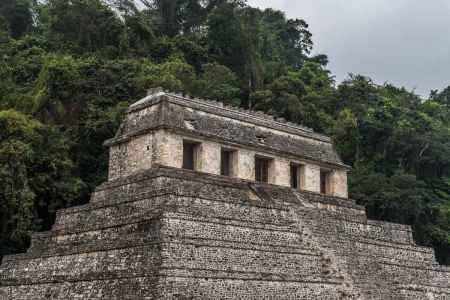 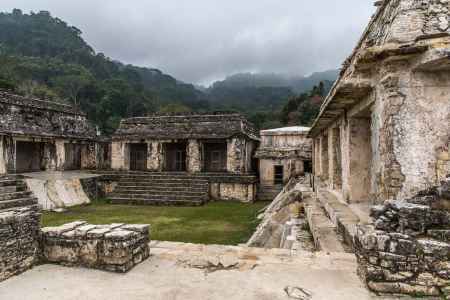 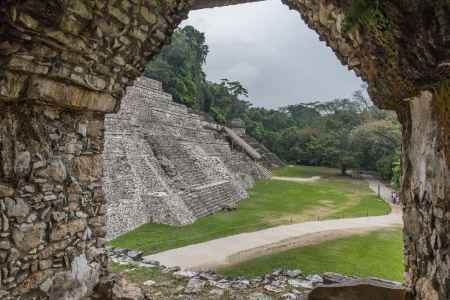 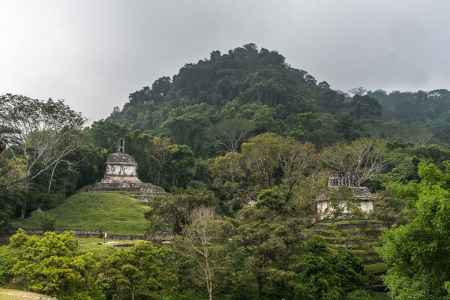 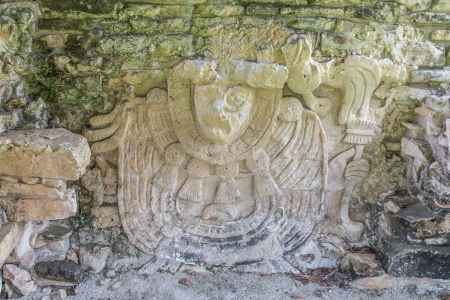 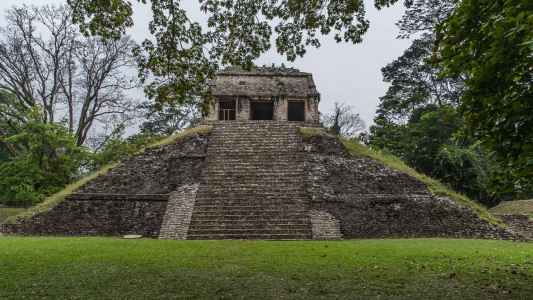 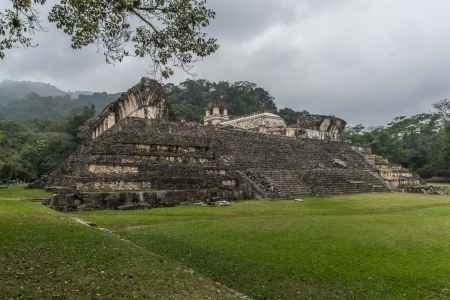 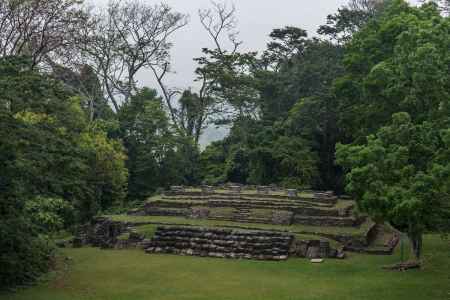