Today marks the beginning of a new chapter for us. We leave the USA after five months and cross the border to Mexico. Admittedly, we are quite nervous! On the one hand because we don't speak Spanish (yet) and on the other hand because none of us has ever travelled in a Latin American country and we simply have respect for the unknown.

In the last few days we bought a SIM card including unlimited data subscription from AT&T, which covers the whole of Mexico, and now drive south on the I-5 with water and diesel tanks full to the brim. The border is only a stone's throw away from our camping in San Diego and before we know it, we are in Tijuana and have Mexican ground under our bikes.

Contrary to all expectations, we find a completely quiet border area (we are even the only people in the Immigration Office) and can easily handle within 45 minutes the administrative necessities for our entry, as well as for the temporary import of Baloo. The border guards are very helpful and even speak a little English, which makes the whole procedure a lot easier. (We have written down more detailed information about leaving the USA and entering Mexico separately).

When a few days ago we were still standing in San Diego on the parking lot of the Outlet Mall, which is located directly at the border and we were already looking over to the other side of the wall at the huge Mexican flag fluttering in the wind, we said to each other: "Sooo completely different than here over there can not look ... so few meters away".

Well ... we were wrong! When we drive out of the border area and into Tijuana, we find ourselves suddenly in another world. The roads are noticeably bumpier and we suddenly have to watch out for potholes, avoid stray dogs on and off the road and make sure we don't step into a pile of rubbish when getting out. Our way is lined by concrete cubes standing diagonally in the landscape and we also get to know the notorious "Topes" ... and fear.

Topes are something like speed bumps and can be found anywhere - even on highways. Usually only some concrete was piled up or sometimes only a big ship jam lies across the roadway. They can be of different sizes, but in any case they are designed to be so steep that you always have to brake to practically 0 km/h and accelerate again. Simply exhausting. If you are lucky, the things are marked. But if you overlook one, everything in the back of the car is rearranged!

In general, driving is more demanding because the traffic is noticeably more hectic than in the USA. There are again pedestrians, cyclists or moped riders and, as already mentioned, dogs to watch out for. If you stand at a red traffic light, pineapple sellers, orange jugglers and invalids suddenly shoot at the roadway, trying to earn some mammon with the cars stopping.

Our first destination of the day is Ensenada. We are hungry and have to stock up. Arriving in the city, we stop at an inviting little restaurant, where we park directly in front of it on the street and can keep an eye on the car. We quickly notice that we are striking here with Baloo and first have to find out if and where we can leave him alone in the future and get a feeling for the security situation in the new country. We hear a lot about Mexico ...

Looking at the menu, we are briefly overwhelmed, not to say overwhelmed, because we don't understand a single word (starting to learn Spanish a little earlier wouldn't have hurt!). At least we can distinguish between drinks and food thanks to the pictures on the menu. Mathias interprets the waitress with his finger for what he has decided. His choice falls on a "pepino" and otherwise a string of letters, which he probably liked. I decide for a "limón" and also something to eat with "cilantro". After all, thanks to my knowledge of French, I was able to deduce that the former must be a citrus fruit-like drink, which I very much welcome as refreshment in the prevailing outside temperatures and I also let myself be surprised at the latter.
A few minutes later we receive our order. We are served a mixed drink of water and the ordered ingredient including ice cubes. Once the water was mixed with fresh cucumber and once with lemon, as already expected. Mathias also looks at a tasty looking sandwich with lots of green stuff and salad as a side dish and in front of me is a less tasty looking wrap. But that's mainly because it's peppered with coriander. I HATE coriander! After all, I have just added the first term to my Spanish vocabulary: cilantro = coriander.

Moreover, when I look at our meal, the alarm bells ring immediately and I hear the voice of my mother in my inner ear: "Boil it, peel it or leave it! ... "and yaaaaa don't order any drinks with ice cubes!"

Hmm ... is just a bit difficult now to follow this tip. Hunger wins and we eat all ratzeputz up. So I the sandwich and Mathias the wrap ...
We are a little uncertain after that, whether we will tolerate the food well and we are torn back and forth between "we won't have any complaints at all" and "shit, now we are certainly infected with typhoid fever" (the tablets for the oral typhoid vaccination are still in our fridge and are waiting to be taken).

The day then continues at about the same pace. While shopping at the Soriana we are unsure which food we should buy, because there are many things we don't know. Withdrawing money only works at the third bank (Santander). We find public toilets at the gas stations, but toilet paper is not so important here ... all the more important that you always have some with you and for flushing there is a bucket of water ready. And apropos refuel: You have to be careful not to be pulled off ...

In the evening we drive to a camping site and are glad that the owner speaks some English. We are tired and completely exhausted. Too many new impressions. Too much unknown, which we have to learn to arrange first. Of course it is aggravating that we are now alone again for the first time in almost a month and yesterday we had to say goodbye to dear people, which further worsens our mood. We feel as if we have left a part of ourselves behind in San Diego.
Ironically, the very things we were tired of in the US lately - simplicity, a lack of charm, malls and restaurants that always look the same - are just the things we are missing right now. After the start of the journey, we gradually created ourselves again in a comfort zone over the last five months, where we made ourselves comfortable. And we had to leave this zone today.

Luckily tomorrow is a new day and then the world will look quite different again! 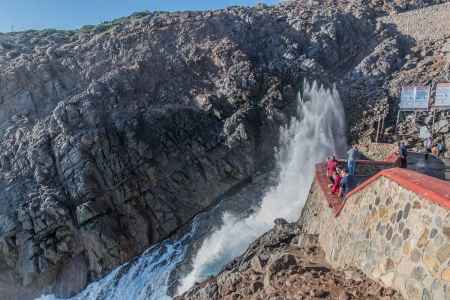 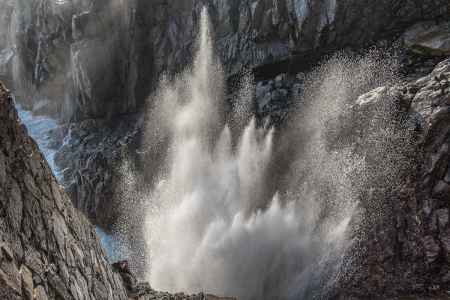 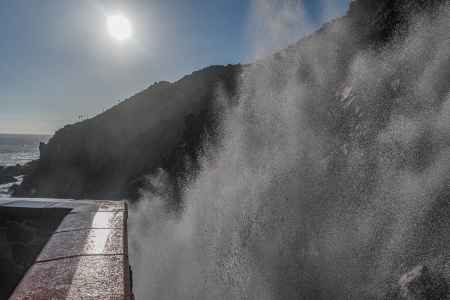 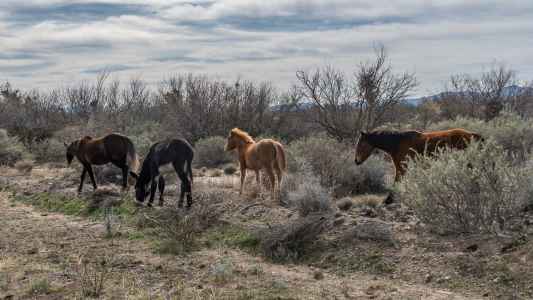