Late last night we arrived at the Rock Farm in Belmopan. Nikki and Jerry, the owners, have set up a bird-catching station on a huge piece of land and let overlanders like us camp on this beautiful area. We can also book a tour to the ATM Caves right from here.
ATM stands for Actun Tunichil Muknal and is the name of a limestone cave where the Mayas used to hold rituals and make offerings. Today you can see remains from this time in an impressive way with a guided tour through the cave. National Geographic named the cave the "#1 sacred cave in the world", so we don't want to miss the opportunity to experience such a historical place up close, even if we have to dig deep into our wallets. The fun costs 100 USD per person and unfortunately there is no way to avoid paying this amount if you want to see the cave from the inside, because without a guide you are not allowed to enter it.

The next morning we are ready punctually at 08.30 a.m. at the agreed meeting point and are first driven by our guide over a bumpy track to the starting point of the tour (in a Toyota Landcruiser 70series by the way...). Next to us there is only one American in the group and so we follow our guide into the jungle. In our luggage we only have one water bottle and we were instructed to wear shoes and clothes that can get wet ...

... we can see why right from the start. After only about 200 meters the path stops already and we are standing in front of a wide river. Without hesitation our guide jumps into the water and swims to the other bank, which we then do the same, we don't have much choice. It takes a little bit of effort to throw ourselves into the river with all our clothes on. But once in, it is not so bad anymore. Mathias can even stand close to the ground, which unfortunately doesn't work for me. The water is about 1.60m deep. On the following 30-minute hike to the cave entrance we have to cross the same river two more times.

Also into the cave itself we get only by swimming through another crystal clear and bright blue river again. By the way, during the rainy season the water levels of the rivers are sometimes so high that they become impassable and no tours can take place. Not so today...
We spend the next two hours either swimming, crawling, wading, climbing or even diving in the cave. The cave is beautiful. We pass huge stalag and stalactites and suddenly find ourselves in a huge hall where we stop. It is pitch dark, but our guide shines his flashlight on different places on the ground where we can see relics of the Mayas. Scattered everywhere are shards or fragments of pots and bowls, which testify of sacrifices of the Mayas to their gods. We are in Xibalba, the underworld of the Mayas and the gateway to the gods. Besides the fragments, the black rusty cave ceiling is also proof that the Mayas must have stayed here for a long time.

A little further on we are asked to take off our shoes and continue walking in socks to protect the cave from damage. In the rearmost cave chamber we then see the probably most impressive find in this cave, namely the over 1000 years old and perfectly preserved skeleton "Crystal Maiden" of a human being. Whether it was a woman or a man, one cannot say. But this shows that the Mayas were by no means a peaceful people, as is often assumed, but that they also brutally executed people for sacrificial offerings (e.g. slitting the chest and tearing out the heart and so on).

At the end we go back the same way, where at the exit showers and a lunch (Chicken with Coconut Rice & Beans ... what else?!) are waiting for us. By the way, cameras are not allowed in the cave anymore after a visitor dropped his actioncam on the skull of a skeleton and damaged it massively. For this reason we can unfortunately not show any pictures of this experience.

Our last days in Belize are spent visiting St. Herman's Cave and two days in the Mountain Pine Ridge Forest Reserve. With the Pine Ridge Lodge we find a unique place to stay (it has a big place to camp) from where we can make different excursions in the area. One of them is a visit to the remote Caracol Ruins near the border to Guatemala. The Pine Ridge Lodge is super beautiful and has been lovingly decorated. We are reminded once again of Africa, where we were allowed to camp in the wilderness at such pearls. Only that here the big wild animals are missing. Therefore we are spoiled culinary and eat excellent. Neil, the English owner, cooks sensationally and we can't resist tasting his delicious creations every day. Only on one evening we cook pizza with Remi, the French backpacker and Josh, the American single vanlifer on the camping site, which tastes just as good.

After 2 weeks in Belize we have to say goodbye again and leave for another country ... Guatemala here we come! 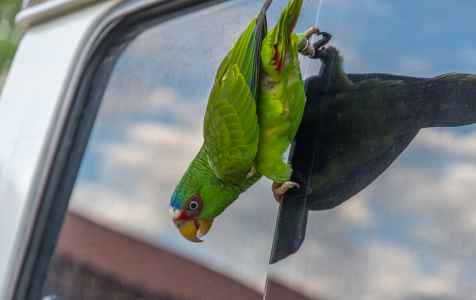 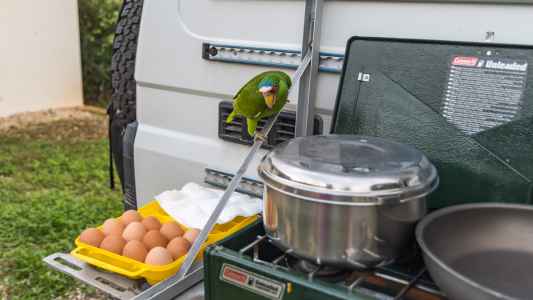 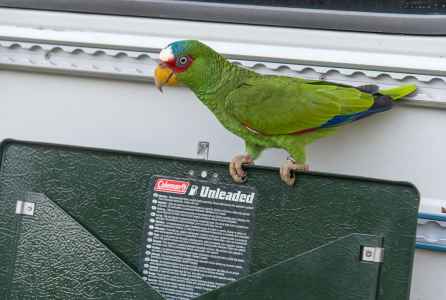 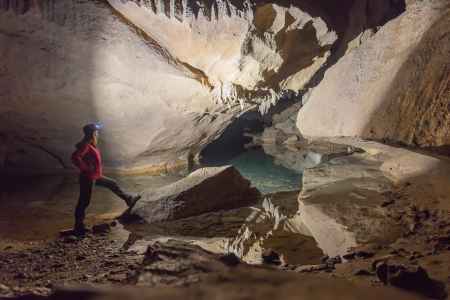 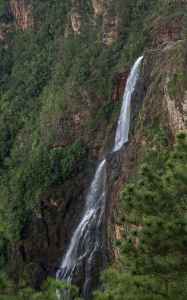 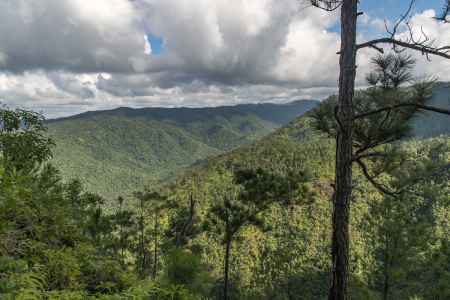 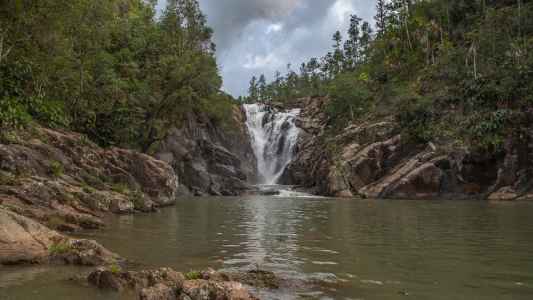 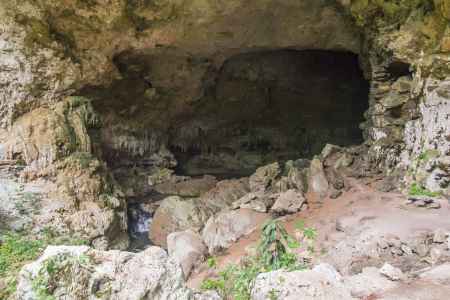 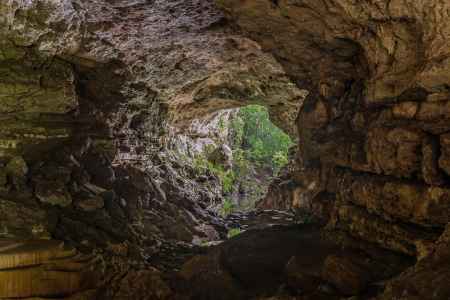 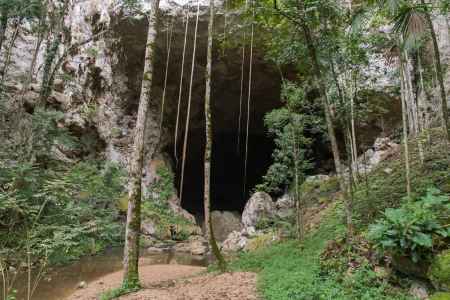 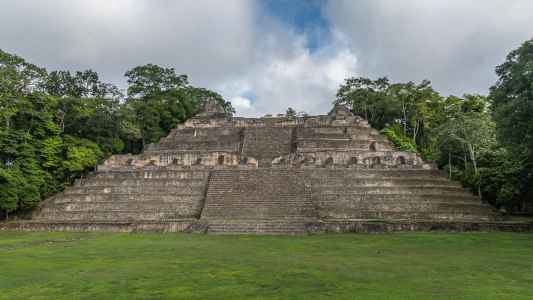 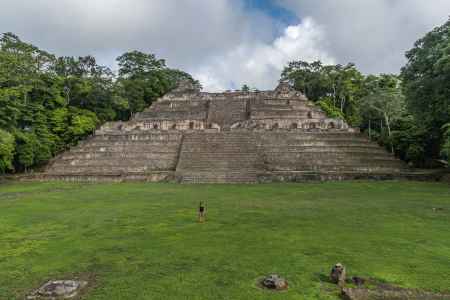 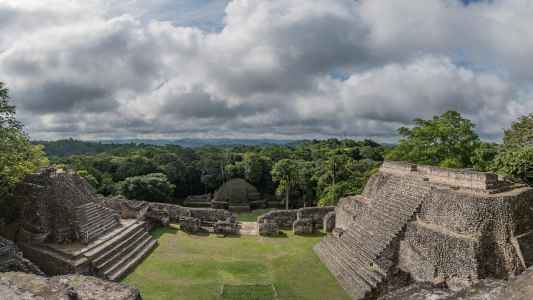 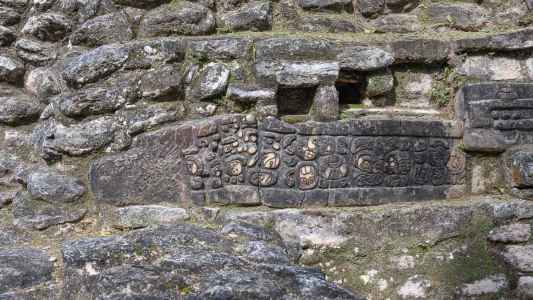 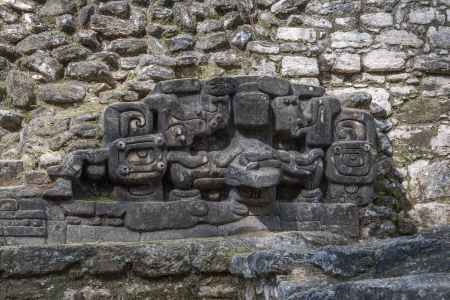 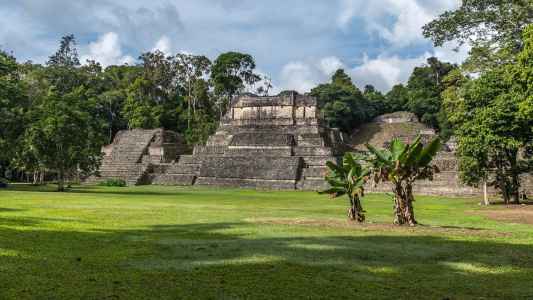 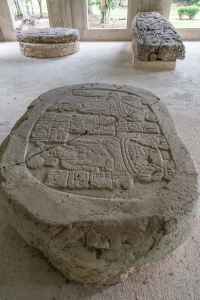 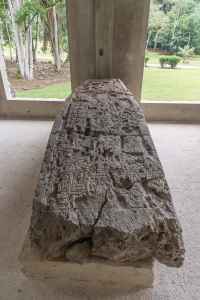 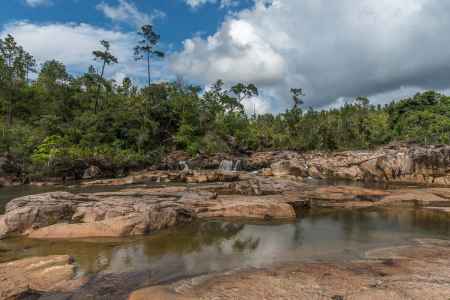 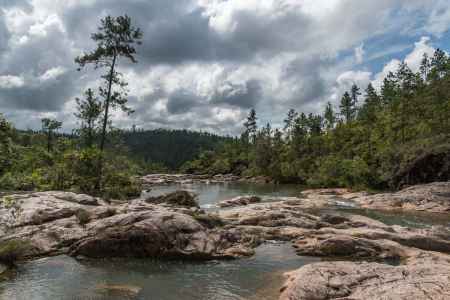